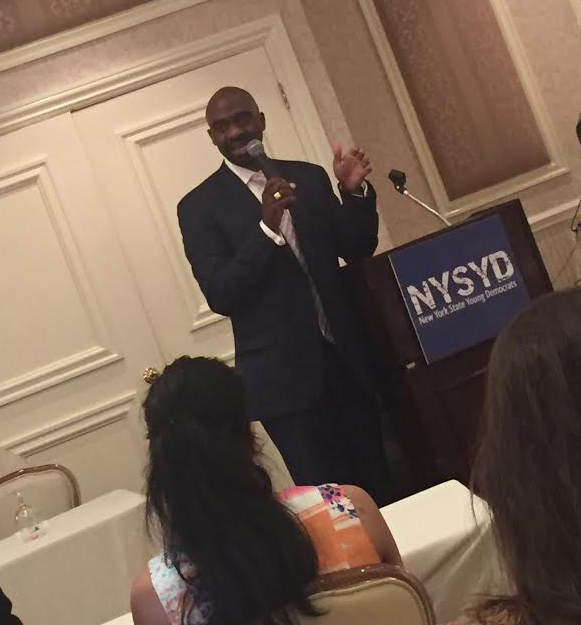 Some people have a gift for speech-making. It’s a kind of magnetism that makes you pause, and listen, and feel inspired. Mike Blake (NY-79) is one of those people, and we counted ourselves fortunate to hear him speak at the Young Dem convention in Poughkeepsie earlier this spring.

Assemblyman Blake worked on the historic 2008 Obama campaign as the Iowa Deputy Political Director and earned a post as associate director in the White House Intergovernmental Affairs Office. He did it all again in 2012, serving as the National Deputy Director for “Operation Vote” on Obama’s re-election campaign.

When a corrupt politician was forced out of office in the Bronx, Blake ran as an outsider against stiff opposition and won first his primary, and later his district. He’s also currently serving as a vice chair on the Democratic National Committee where he runs the Millennial outreach effort.

His message was clear, and came from a place of great experience: crisis is opportunity.

Echoing a sentiment we have heard many times since November, he said that we (Democrats, liberals, progressives) wouldn’t be as energized, engaged, and ambitious as we are today if Clinton had won. Indeed, undeniable surges of enthusiasm have swept through many previously moribund organisations throughout the country. Young people (especially women) are stepping forward to run for office in record numbers, and a new spirit of resistance has infused our communities.

Blake, a man who knows a thing or two about seizing opportunity, had some sage advice for us. Have a clear message. Give people a reason to vote Democrat. Say what we stand for and mean it. It was advice that Zephyr Teachout had given earlier that morning and Blake doubled down. Drive home plain and simple messages that resonate, not once, not twice, but seven times, he said.

Winning elections, or developing a movement for change, it’s all about connecting people with the message you are bringing. Make it clear. Make it compelling. And if we can deliver it with the honesty, and passion of representatives like Mike Blake, then we are well on our way. 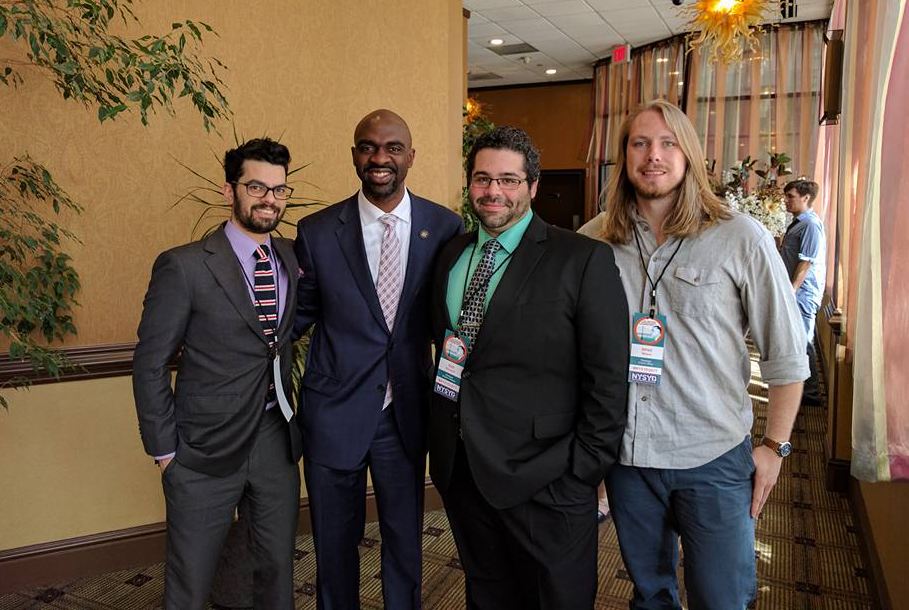 Democrats: The Road Back

Perhaps It Was Fate

Brad is the Chair of Professional Development on the Executive Board. He leads the outreach committee that works to communicate with and inspire young democrats in Saratoga County. Brad is 27 years old and a resident of Saratoga Springs, NY.
View all posts by Bradleigh →