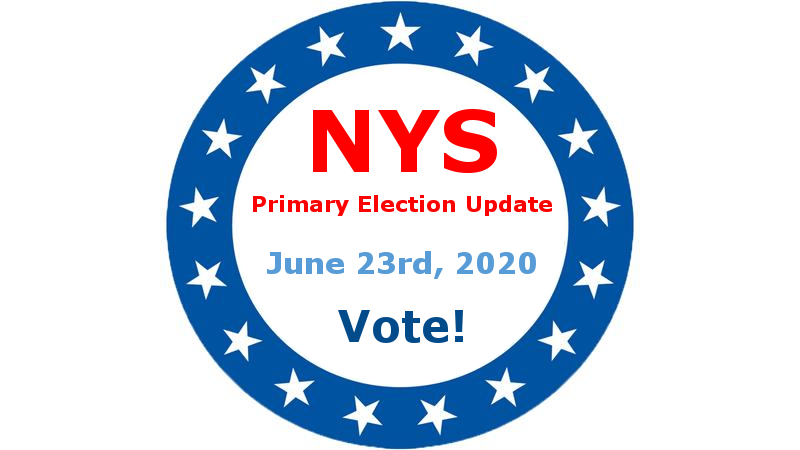 Per a recent court order, New York’s Presidential Primary will take place on June 23rd, 2020. At this time, New York will be holding a full election with full staffing for all polling sites and full early voting. Due to a pre-existing executive order, most of us will now be mailed applications for an absentee ballot, which can be filled out and returned to the Board of Elections for a ‘no-excuse’ absentee ballot.

In addition to the Presidential Primary, Saratoga County will be holding three other primary elections:

For the June 23rd primary election only, the potential for contracting the COVID-19 virus will be considered justification for issuance of an absentee ballot to any voter who appliers for one. Voters wishing to apply for an absentee ballot based on concerns about COVID-19 should check the “temporary illness” box on the application. If you need to request an absentee ballot…

Once completed, you may email it to AbsenteeBallot@saratogacountyny.gov or mail it into the office:

Credit: the information in this post was posted on the Saratoga County Board of Elections website by Colin Palumbo, Wilton Democratic Committee Chair