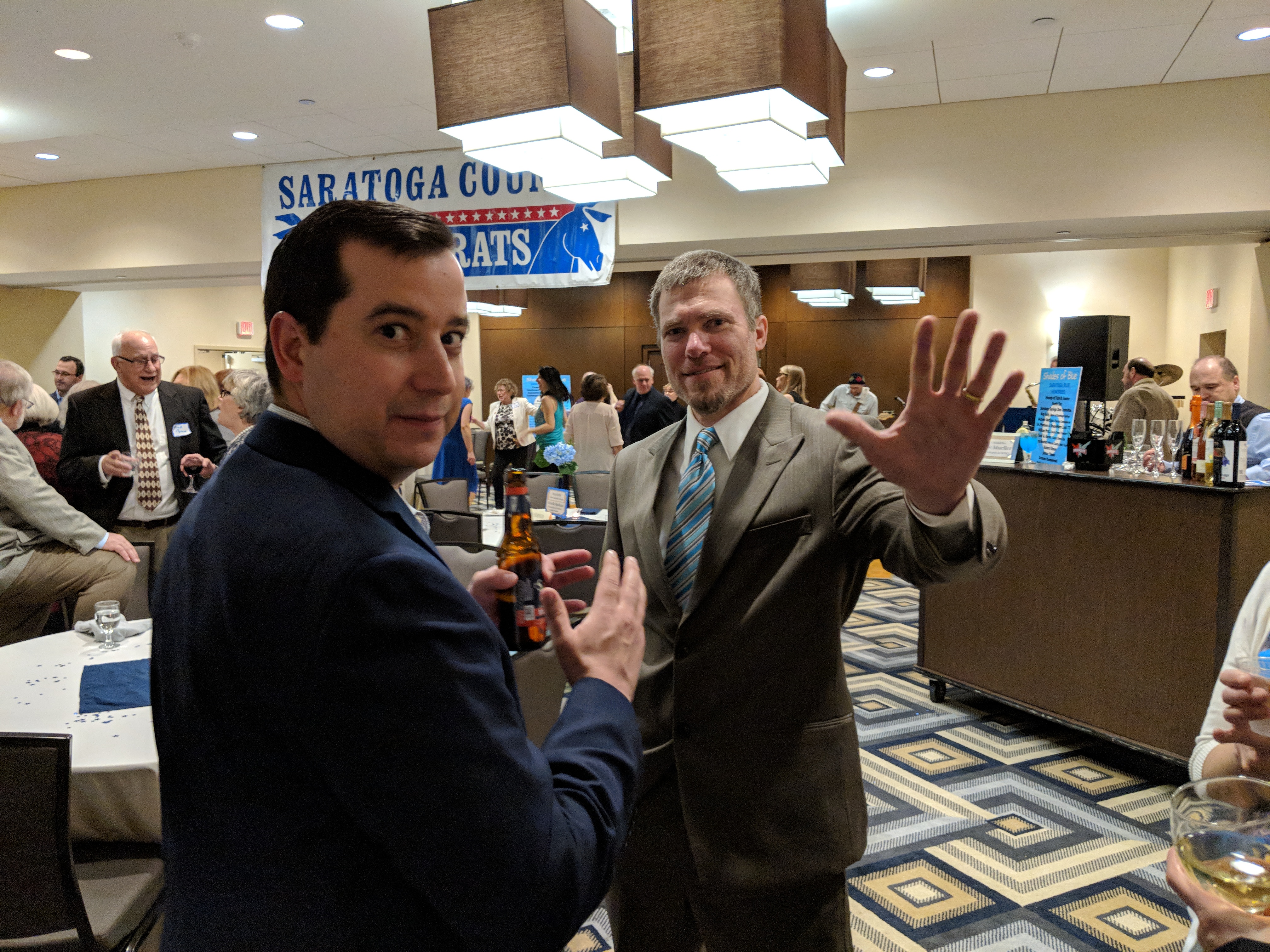 The evening began with cocktails (featuring the drink of the evening – the Moscow Mueller) and mingling. Todd M. Kerner, Chair of the Saratoga County Democratic Committee, started the evening with a brief welcome and invited Tricia Pleu, NYS Media Lead for Moms Demand Action For Gun Sense, to lead a moment of silence (4/20 the night of the gala, marked the 19th anniversary of the Columbine High School massacre).

Livestream of CAT21 Afternoon with the Congressional District 21 Candidates