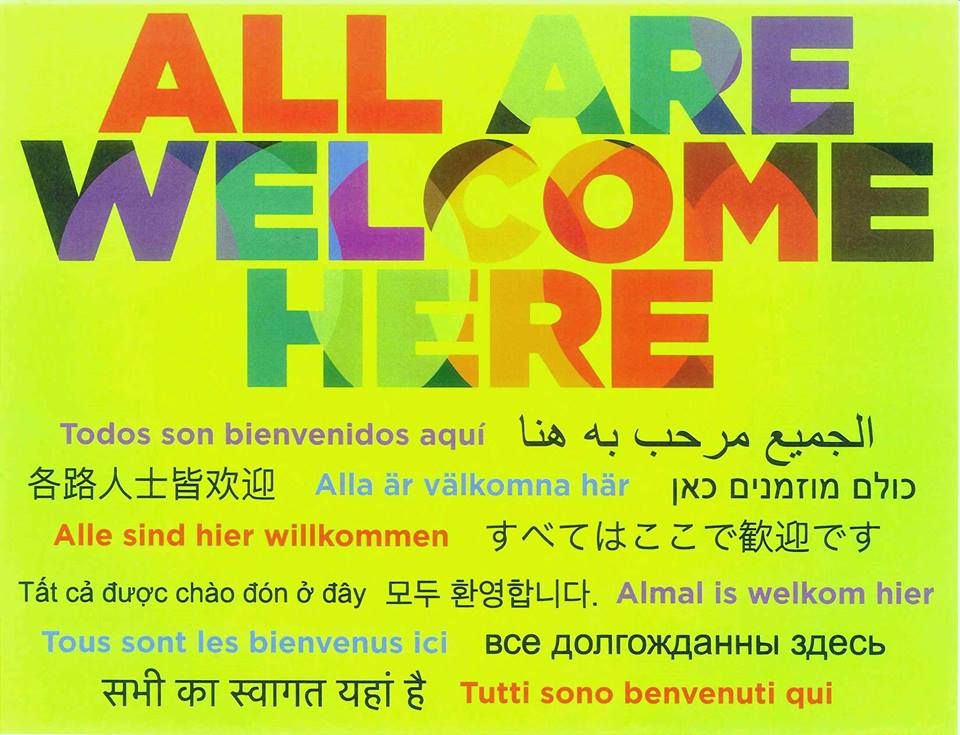 Saratoga community members gathered Thursday evening on August 24 at Congress Park in Saratoga Springs for the “All Are Welcome Here” vigil organized by the Saratoga Immigration Coalition. The Coalition states that the purpose of vigil was to “educate the public about the unseen yet vital part immigrants play in our lives and to show support of and gratitude to those immigrants. In so doing, we walk, hold vigil, and educate.”

Photos from the vigil courtesy The Daily Gazette