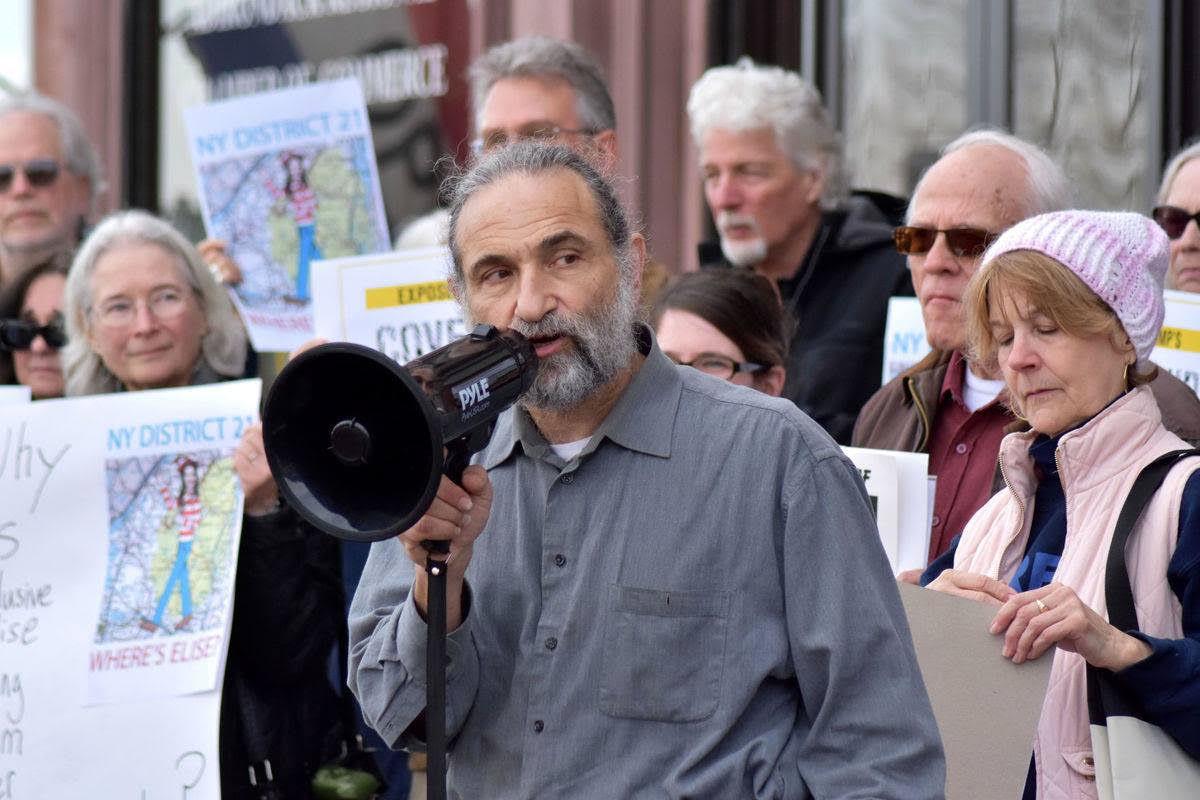 From Joe’s website: “I’m a volunteer citizen activist, a father, husband, grandfather and retired civil servant software developer. I’m not exactly what you might think a typical politician is, but I’m running as a Working Families Democrat for NY Assembly to represent the 112th district communities in parts of Saratoga & Schenectady counties. This campaign will be about representing the interests of the 99% and fighting against the undemocratic political power of the richest 1%. I think all elections are really about which side is with the 1% and which is with the 99%.”

More from Joe’s site: Joe Seeman is a longtime activist, playing a leading upstate NY role in the movement for Democracy, Getting Money Out of Politics, protecting the Environment, defending Equal Rights for All, and helping the 99% take back America from the richest 1%.

He is also a father, husband, and grandfather; a child of holocaust survivors who has lived in Saratoga County for over 30 years. He is retired from a 30+ year civil service career as an application software developer.

His progressive activism began with the Anti-Nuclear movement of the 1970s. He has been actively involved with various progressive, peace & justice groups including Citizen Action of NY, the Alliance for Democracy, Interfaith Alliance of NY, Saratoga Peace Alliance, Occupy Albany & MoveOn.org. He currently is a State Committee member of the Working Families Party and a leading organizer with the local Indivisible group Saratoga Progressive Action. He has also volunteered in numerous election campaigns, from Kirsten Gillibrand, to Barack Obama, to Tedra Cobb to Milton supervisor & council. His focus has been to point out the root of our political problems, which is the corruption of Big Money in politics. His goal has been to try to bring the groups and individuals working on various progressive issues together to work as a progressive populist Movement, to build a Progressive Majority. He has received awards from the Solidarity Committee of the Capital District, Interfaith Alliance of NY and Citizen Action of NY.

Having recently been involved heavily in efforts at the NYS Capitol in 2019 to pass a People’s Agenda and in support of the Let NY Votes campaign , Joe is now running for NY’s 112th Assembly seat, to further strengthen the efforts to make NY government represent the interests of average people, not the Billionaire Class. He is running for this seat to help NY achieve Universal Health Care and end welfare for Insurance companies, truly reform Campaign Finance laws that facilitate legalized bribery, support a Green New Deal, make the rich pay their fair share, and lower taxes and burdens on Working Class New Yorkers.

Donate to Friends of Joe Seeman