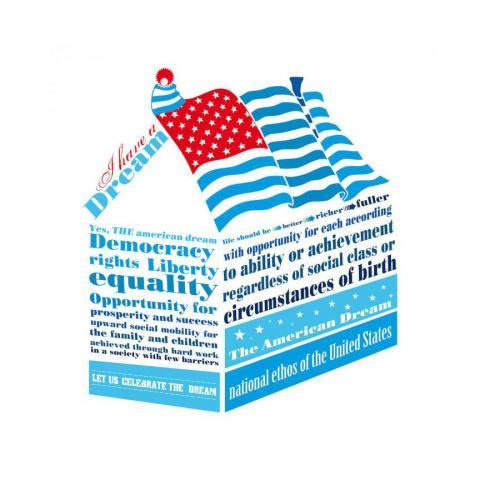 Housing is the single biggest expense in most households, and along with education, can also be the biggest investment someone ever makes. A stable housing situation has positive impacts in many areas of a person’s life, and is the foundation our communities are built on. Where housing insecurity is a widespread problem, it impacts not just the individuals, but the entire community as well.

The term Affordable Housing refers to dwellings with an annual cost of 24% or less of the median income in a geographic area.  That represents an expense of 30% or less of a median wage-earner’s income, the level defined by U.S Department of Housing and Urban Development (HUD) as the cost ceiling for an affordable dwelling.  From HUD: “Families who pay more than 30 percent of their income for housing are considered cost burdened and may have difficulty affording necessities such as food, clothing, transportation and medical care.  An estimated 12 million renter and homeowner households now pay more than 50 percent of their annual incomes for housing.”

Before Affordable Housing was called Affordable Housing, you probably heard it called “Low Income Housing.”  Your mental image of Low Income Housing may be based on intentional mischaracterizations.  Over the decades, certain advocacy groups and politicians openly referred to Low Income Housing as slums, and the people living in them were described as welfare queens, gang members, druggies, trouble makers… you get the idea.  Much of that perception came from poorly-managed urban, low-income, high-rise public housing projects, where economically stressed and racially diverse populations became concentrated with little access to resources and services.

The resulting tension and crime we have seen broadcast about “the projects” made for great TV news and a perfect way for political operatives to frame low-income housing and welfare reform debates, despite the fact that these outcomes were a product of poor implementation of a good idea, rather than that low income or affordable housing is a flawed concept at its core.  Let’s not throw out the baby with the bathwater.

In the same way some groups deride Social Security today as an entitlement program that is draining the nation’s resources, Low Income Housing was maligned in a deliberate attempt to turn the public against it, and the term was weaponized against the poor.  “Affordable Housing” is a fresher term for the same necessary programs, but also helps frame the discussion about cost rather than a specific type of governmental housing barracks, and over time a government/private ownership hybrid program was developed.  But in many places the terms are still used interchangeably.

Now that Affordable Housing terminology has been around a while, it too is getting a bad rap by opponents, so yet another new term has sprung up: “Workforce Housing.”  While this may seem like another re-brand of Affordable Housing, we must understand that Workforce Housing is different: it is not a clearly-defined set of criteria, and not created, funded, or managed by HUD, but rather a combination of somewhat subjective factors.  Workforce Housing is promoted as attractive, affordable, and conveniently-located near the jobs of middle-income professionals in areas where housing is inflated and therefore otherwise unaffordable.  This group has more income than those who qualify for Low Income or Affordable Housing as well (60-120% of the median in the area vs. 60% or less, normally for different kinds of HUD Affordable Housing programs).

This seemingly innocuous change, however, hides an inherent bias against those who aren’t at the “middle-income professional” level.  There is an implication in the language being used that Workforce Housing is for people who work, for people who deserve nice housing, rather than “freeloaders.”  The terminology excludes the rest of the actual workforce who earn less than the middle-income workers, as well as retirees, people living with disabilities, and people who are full-time caregivers for someone in their home.  In short, while “Workforce Housing” does nothing to address the Affordable Housing shortage, at the same time it insults many, many people in the community and gives the appearance of providing a solution with significantly less political effort.

Members of the workforce who make 60% or less of the median – the so-called “working poor,” do not reap the benefit of “workforce housing” developments.  We must ask ourselves: is their contribution that much less valuable that they deserve to be housed in unattractive, inconvenient “slums,” or worse, excluded entirely from housing within the community?  Even if Affordable Housing is available, there is almost always a waitlist of a year or more to get into it, because of the scarcity of funding and local opposition to these developments, often driven by misinformation.

But let’s be clear, I am not saying that Workforce Housing is bad.  It’s good for the people it was designed for, but you can’t substitute Workforce Housing for Low Income and Affordable Housing, which is what some municipalities seem to want to do. Equally valid members of the community are being pitted against each other over a scarce and precious resource they all need – housing they can afford.  These are the unfortunate realities so many face across the country today.

A National Trend, a Local Problem

According to HUD, “A family with one full-time worker earning the minimum wage cannot afford the local fair-market rent for a two-bedroom apartment anywhere in the United States.” Read that again.  One full-time worker at minimum wage cannot afford a standard 2-bedroom apartment anywhere in the United States.  Not in Alabama.  Not in Oklahoma.  Not in Nebraska. Not in Upstate New York.

To illustrate this at the local level, a recent analysis of statistics from the Capital District Regional Planning Commission shows that between 33% and 45% of resident households in the towns of Saratoga County have wages too low to afford housing at 24% of the median income in their town, without exceeding 30% of their income on housing. The average across the towns of Saratoga County is 40% of households whose wages do not meet the criteria.  That’s 4 out of every 10 households.  Paying more than 30% of your post-tax income on housing means you likely struggle to afford other necessities like a car, food, or medications, trapping you in a cycle of uncertainty and keeping you one step away from destitution.

Since that 40% are resident households (rather than homeless), it’s safe to say they are paying well above 30% of their income in housing.  That 40% is also part of the reason mobile home communities abound in the county, why some families are living in houses and apartments without beds, linens, and furniture, and why people are living long-term in hotel and motel rooms.  In many parts of our county public transportation is not a viable option for commuting to work, so there is the additional expense of a car they absolutely can’t do without.

Not many generations ago the plumber, the janitor, the teacher, the beer distributor, the house painter, and the engineer all could afford housing.  Everyone worked (unless they were retired), and everyone had a home. Nobody had a palace, but virtually nobody I knew anyway, was struggling to keep a roof over their head. This was achieved with a single income in most cases.  Those days are gone.  Unfortunately, too many people have accepted the notion that the people who can’t afford to live anywhere have nobody but themselves to blame.  “They bought a coffee or ate avocado toast and that’s where all their money went.”  “Bad budgeting is to blame.”

The reality is that since 1970, the cost of housing, adjusted for inflation, has risen over 610%, while wages have remained flat. In fact, today’s federal minimum wage is worth less than it was 50 years ago. American worker productivity has been consistently high, and wages have not kept pace.  I know in my lifetime I have been among those left behind during multiple lay-offs, where the remaining staff were asked to “do more with less.”  The entire working class has been doing just that for 50 years, and we are now at a tipping point where we just can’t keep going on this way.

Unregulated free-market housing pricing means that, like unregulated pharmaceutical prices, the landlord can charge whatever he or she wants in much of the country.  Any effort to create “inclusionary rental policies” receives significant backlash from private and corporate rental agencies, who lobby hard against price regulation.  And like outrageously inflated medication costs, most people will pay that high rent if they possibly can.  Why?  Because the alternative is homelessness.

Why Don’t They Just Move?

“If they struggle in Saratoga County, they should just go elsewhere” is an unfortunate byproduct of decades of negative propaganda regarding government housing programs and the people who need them.  Not only does moving cost money and require time off from work (two things lower wage income earners cannot afford), it can also mean separating from your support network, losing reliable childcare, uprooting children from established relationships at school, and possibly having to find a new job as well. And there is no guarantee of a pot of gold in a new location.  As we have established, the housing crisis is nationwide.

What Can Be Done About It?

Erin Trombley is a member of the Town of Moreau Democratic Committee and advocate for affordable housing.