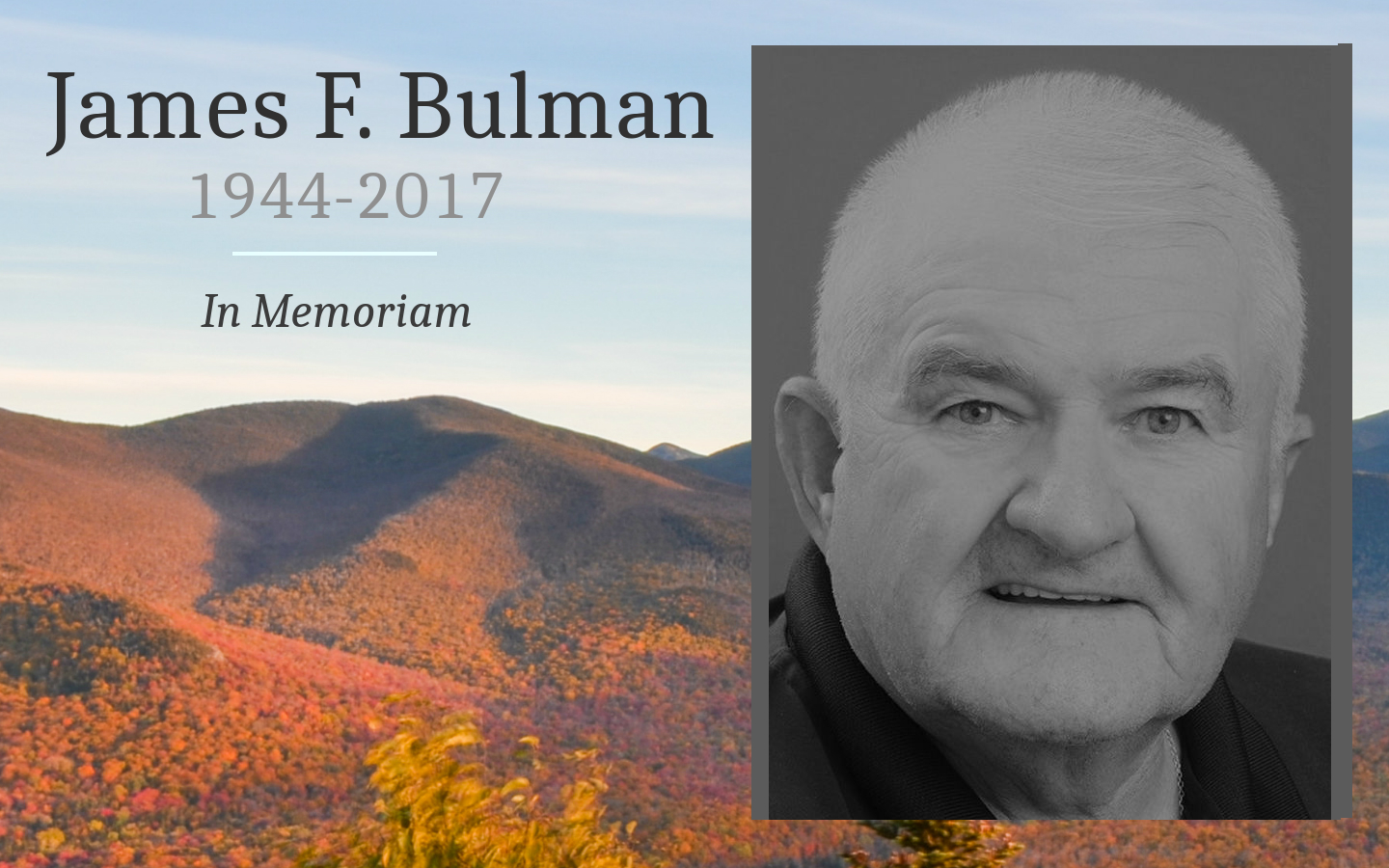 Jim was born in Glens Falls on Jan. 11, 1944 to the late James S. and Melba (Landry) Bulman. He was a 1961 graduate of Glens Falls High School and entered the U.S. Navy at the age of 17. Upon his return in 1965, he married the love of his life and best friend, Brenda Hill. He also joined the United Association of Plumbers & Steamfitters, Local Union 773. As a life member, he held nearly every elected office, ultimately serving as the business manager from 1986 until his retirement in 2002.

Jim loved sharing his passion for the outdoors with all. He enjoyed spending time visiting and hunting at the Fur-Fin & Feather Camp he built with his brothers, where he proudly served as the head chef for all those who would set out into the woods. In recent years, he was most proud that he could share stories and hikes in the woods with his beloved grandchildren.

He and Brenda spent their winters in Florida, where they enjoyed nightly card games and morning shuffle board tournaments with their circle of friends. Family picnics and holiday parties, annual cruises with his family and friends, four trips to Alaska, and a most memorable cross-country road trip with best friends were just some of the memories that Jim has etched in our hearts.

The thing Jim will be most remembered for was his dedication to and love of family. He was the eldest of six kids; the best big brother who was a wonderful role model and confidant. He was proud to attend all events of his children and grandchildren, changing his hat, shirt or jacket to be sure he was wearing the right team colors. He was their number one fan and will be sorely missed.

Livestream of CAT21 Afternoon with the Congressional District 21 Candidates