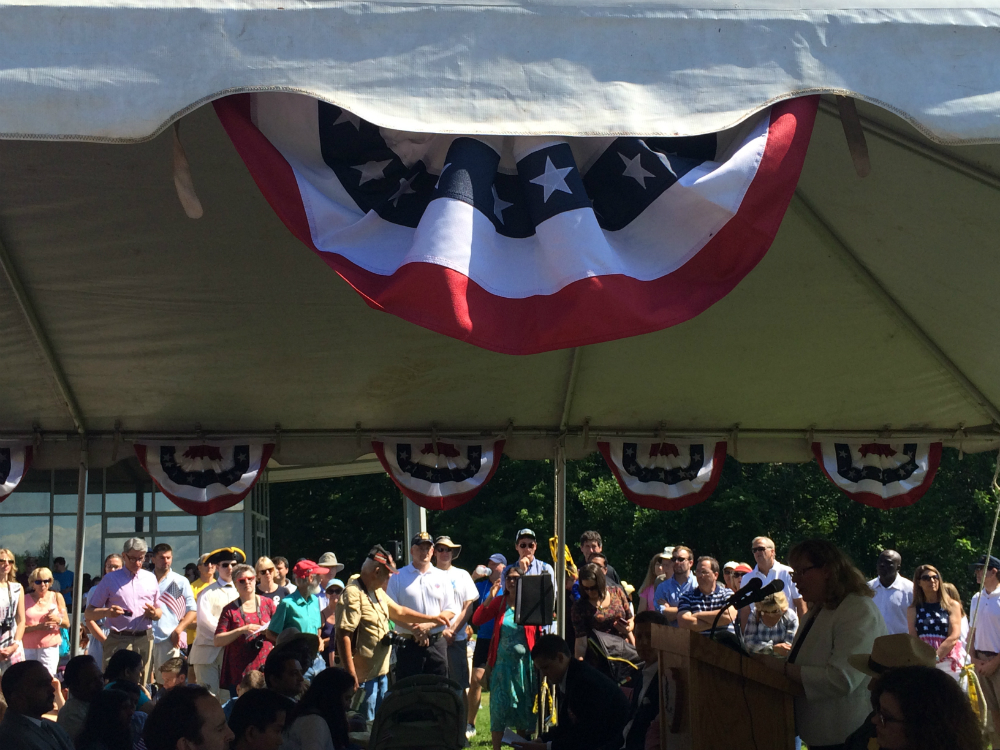 21 people became American citizens today when they took their oaths of citizenship.

A large crowd of participants and onlookers gathered for the event.

The crowd was treated to a musket salute by the Saratoga National Historical Parks Musket Corps.

A Boy Scout Color Guard presented colors as the ceremony got underway.

“As citizens, we promise to fulfill our duty to support and defend the republic … and in return for our promise to support and defend the country, we are promised the liberty to live our lives freely and with the certainty that we will be treated with justice and fairness by our government,” Woerner said. “These are the promises made by us and to us.”

Fife and drum accompanied the festivities.

What an amazing way to spend a beautiful Independence Day – congratulations to the 21 new American citizens sworn in today. Hope you and yours had a safe and happy 4th of July!