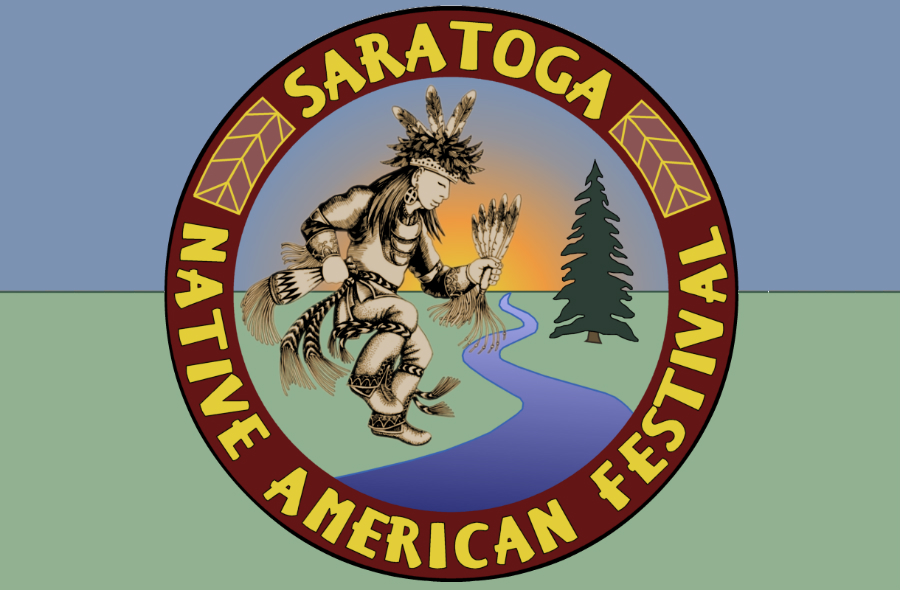 Guest post by Mark Oppenneer, member of the Communications sub-committee of the Saratoga County Democratic Committee

I had the honor of volunteering at the Saratoga Native American Festival this last Sunday. Started in 2006, this wonderful celebration highlights the history, cultural traditions, and continued active presence of the Native American Indian peoples of the Northeast.

The Haudenosaunee people (the word used by the Iroquois to refer to themselves) and their traditions are important to our local and state history – as well as the history of democracy itself. As part of the festival literature, Kay Olan Ionataiewas (a Wolf Clan Mohawk storyteller and educator – pictured above) wrote about the Haudenosaunee’s Great Law of Peace and its relationship to the birth of the U.S. Constitution:

During the Boston Tea Party, some of the colonists dressed up as Mohawks, in part to make the statement that they desired the kind of democracy, freedom and representation that the Haudenosaunee enjoyed. In 1987, Senator Daniel Inouye introduced a Senate resolution which acknowledged the contributions made to the U.S. Constitution by the Haudenosaunee and the Great Law of Peace.Kay Olan Ionataiewas

Sometimes it can seem like the world is being turned upside down. The national news of late has been filled with stories of racial unrest, bigotry, and violence. Our President’s weak stance on acts of domestic terrorism by white supremacists has added fuel to old flames of hatred. Dozens of people in our community have become the target of local ICE raids. It’s easy to become discouraged for sure.

The Saratoga Native American Festival serves as an antidote to these negative news cycles and the feelings of helplessness they engender (as did the recent All Are Welcome Here vigil). To see so many people celebrating and participating throughout the day was really inspiring – a much needed reminder that our community is welcoming and inclusive and respectful of people from many cultures and traditions.

Another shot of Patrick Nelson and Thearse McCalmon – with Perry Ground (Turtle Clan member of the Onondaga Nation). Photo by Paul Paterakis used by permission.